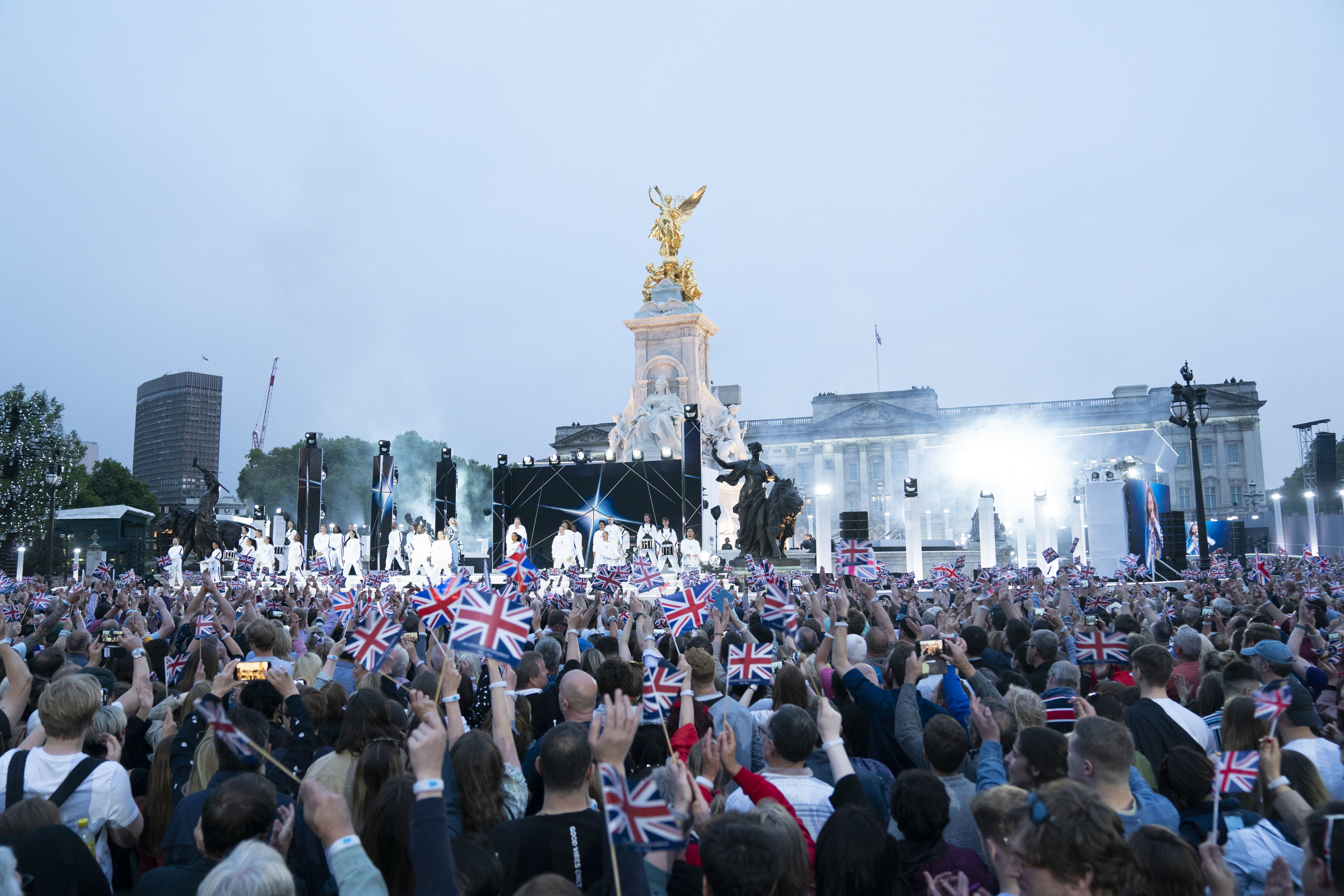 Overseen by Project Manager Richard Lancaster, NEP delivered the Outside Broadcast across five separate events, including the BBC Platinum Jubilee Concert and Pageant.

NEP outside broadcast trucks included Venus, Sargasso, and Voyager, providing coverage with a range of cameras. The BBC is the host broadcaster.

The bank holiday weekend started with the Queen’s birthday parade on Thursday, followed by the lighting of the Jubilee beacons.  Saturday hosted the centre piece event of the weekend - the BBC Platinum Jubilee Concert outside Buckingham Palace. Collaborating with BBC Events, BT Broadcast & Media delivered host connectivity, and Creative Technology; a spectacular event was delivered – a fitting tribute to her majesty’s 70 years of service.

NEP Connect provided camera crew and connectivity to BBC Studios Kids& Family for live inserts into CBBC Mash-Up and Blue Peter with presenters and Stanley the iconic puppet monster interviewing all the guest artists backstage at the concert.

Creative Technology provided the technical deliveryof the beautiful Buckingham Palace projections and main stage LED screens forthe celebrations. Custom graphics displayedacross the screens by NorthHouse Creative, with camera imagery provided by NEPfor the broadcast production. The LED screens were also used for the Troopingof the Colour on Thursday, the Thanksgiving service at St. Paul’s on Friday andthe pageant on Sunday.

A brilliant weekend wasrounded off for the Jubilee pageant on Sunday afternoon. NEP provided the broadcastcoverage from the show, as the pageant celebrated the many years of herMajesty’s reign.

SimonMoorhead, Managing Director, NEP UK BroadcastServices, says, “It is an honour for NEP andthe entire team to be entrusted with the broadcast technical facilitation ofsuch a momentous occasion by our partners at the BBC Studios, and we value veryhighly our relationship and partnership.”

“This was a truly joyous, uplifting, and patriotic service tocelebrate Her Majesty The Queen’s Platinum Jubilee after70 years of service. There’s always an incredible weightof responsibility in the delivery of any major host broadcast, butnone more than the world’s celebration of Her Majesty'shistoric reign!”.

As part of our pledge to be more sustainable, NEP is taking part in #WorldRefillDay, with all crew members using refillable bottles onsite at #RoyalAscott2022.

NEP UK are proud to announced that have the ISO 14001 certification for Environmental Management, as part of our growing pledge to be more environmentally conscious. ISO standards are an internationally recognised standards that promote and require best practice for management systems.

On June 5, Sweden will host World Environment Day – a reminder that we are all caretakers of this beautiful planet we call home.

ESKOOTR CHAMPIONSHIP AND NEP LEAD THE WAY WITH 9:16 STREAM

The eSkootr Championship™ (eSC) and NEP are breaking new ground with advanced broadcasting technology for a mobile-first generation by streaming the inaugural season in 9:16 format, which means the racing action will fill the entirety of a vertical screen.